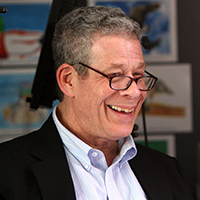 Scott Morris is a seasoned documentary filmmaker with 35 years of experience. His work includes From The Ashes: The Life and Times of Tick Hall, the acclaimed one-hour documentary featuring talk-show host Dick Cavett, about the re-creation of his historic seaside home destroyed by fire. The film premiered primetime on Thirteen/WNET, and was distributed to public television stations nationwide. Scott's company, formed in 1992, produced dozens of award-winning films and videos for clients ranging from major corporations to non-profit organizations. Scott also edited Emmy Award-winning cable and network television programs for Discovery, Lifetime, CBS News and PBS, and an Academy Award-winning short. Scott is very familiar with the Great Swamp - he’s lived nearby for more 25 years, frequently hiking and biking through the area with his family. 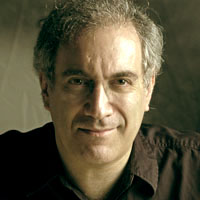 Larry Fast brings professional experience in media and the creative arts, history and technology. With a degree in history from Lafayette College and additional studies in architecture and engineering technology, Larry has qualified for government-appointed positions with the Morris County Historic Preservation Trust Fund and the Morris County Heritage Commission, having chaired both. As a technology history specialist, Larry serves on the board of the Thomas Edison National Historic Park and as an advisor to the Thomas Edison Papers Project at Rutgers University. Media experience includes decades of work as electronic music composer and producer contributing to numerous platinum selling recordings with world-renown artists, commissions for projects by companies such as Disney, XM Satellite Radio and Tribune Broadcasting, and working on documentary and feature film projects. Residing near the Great Swamp for nearly forty years, Larry remembers visiting the proposed jetport site in 1959 as a schoolboy with his family to gauge the potential impact on their home.

Roger Grange has served as Director of Photography on award winning films for over thirty years. Since 2010 Roger has photographed several feature documentaries which are currently on the festival circuit or in theatrical release. Deli Man, a feature documentary about the culture and people working in kosher delis, has had a very successful theatrical run. The Anthropologist premiered at the 2015 DOCNYC Festival, and follows an American scientist as she documents the effects of climate change in remote regions. Evocateur: The Morton Downey Jr. Movie, premiered at the Tribeca Film Festival in 2012. Megamall, which he co-produced, tracks a controversial mall development, and won the Social Justice Award at the 2009 Santa Barbara Film Festival. Backpack Full of Cash, which he co-produced, reveals the truth about education reform in the United States. Two feature documentaries about Gustav Mahler have recently been completed; Everywhere and Forever- Mahler's Song of the Earth, just won the Outstanding Achievement Award at the Whitehead International Film Festival, which praised Roger's cinematography:  "Everywhere and Forever combines the profound beauty of Gustav Mahler's Song of the Earth with equally profound cinematography." Roger served as DP for Barbra Streisand's live performance DVD One Night Only, and has filmed notable personalities in interviews and performances. In 1994, Roger won an Earthwatch Film Award for a PBS documentary he co-directed and shot in Kerala, India for the Quiet Revolution series. 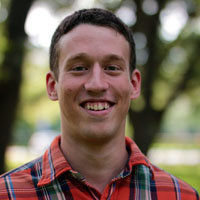 With an eclectic skill set, Ben Morris explores the intersections between jazz, concert music, and storytelling. Described by the Huffington Post as "lovely," his music ranges from film scores, theater music, chamber music, and large ensemble music. A variety of professional ensembles have performed his music throughout the United States. Ben recently received his Master’s Degree in Classical Composition from Rice University and a Fulbright to study composition in Oslo, Norway in 2017-18. While an undergraduate at University of Miami Frost School of Music, he received the Morton Gould/ASCAP Award for Emerging Composers and numerous commissions. His work was featured in the Festival Miami Emerging Composers Competition for three consecutive years, and he participated in the 2013 Imani Winds Chamber Music Festival, the 2014 New Music on the Point Festival, and the 2015 American Composers’ Orchestra Jazz Composers’ Institute. He interned with composer Michael Bacon in New York City for four years. His film scoring work includes student films, documentaries and award-winning short videos for Scott Morris Productions. Saving the Great Swamp is his first full-length film score. 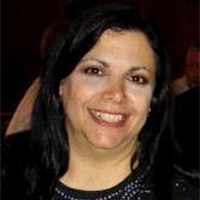 A long time environmentalist and animal activist, Phyllis is a member of the Board of Trustees, past Treasurer and chair of the Land Use Committee for the Great Swamp Watershed Association. Phyllis also serves as a Shade Tree Commissioner in Long Hill Township. A successful business owner, Phyllis is passionate about preserving the natural resources in the Great Swamp and beyond.